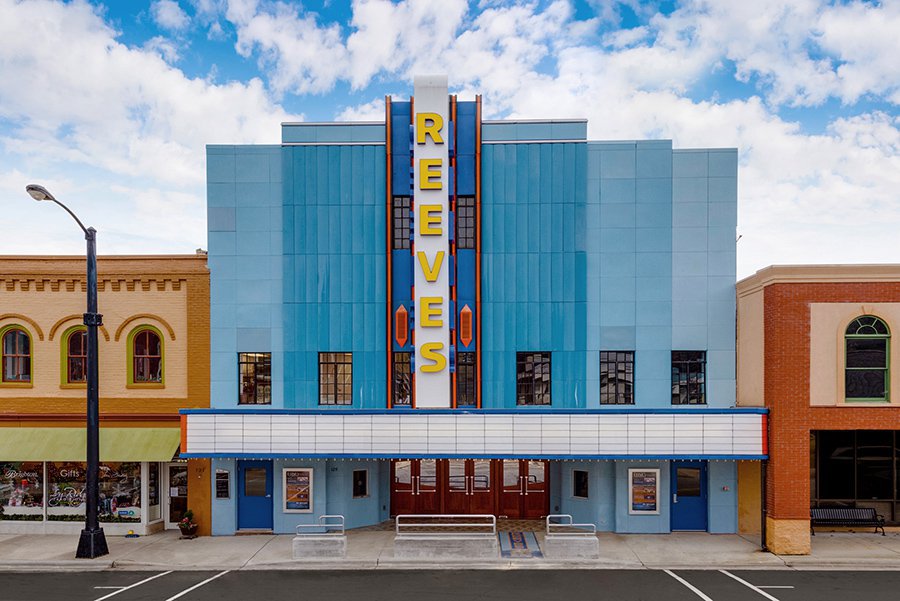 Once a grand Art Deco movie theater, the Reeves spent 20 years in ruin. In 2013, Debbie Carson and Chris Groner bought the Reeves, and with partner and project superintendent Erik Dahlager, began renovating it into a live music venue. They saw the abundance of skilled musicians in the area and the need for a state-of-the-art performance venue that could be these artists' creative home.

Under the leadership of Leanna Fillingame Freeman, the Reeves Café serves a rotating menu of simple fresh fare with an emphasis on local ingredients.  Leanna has built important relationships with local farmers and butchers, and wants to highlight the beautiful produce, cheeses, and meats of the Yadkin Valley region of North Carolina.

The Bar at the Reeves is open during the show, serving primarily local beer & wine.  The Yadkin Valley has become one of America's premiere wine regions, and our bar hopes to highlight the quality of local vineyards.  Elkin is also home to two breweries, with many more in the surrounding areas, and we are excited to bring these craft brews to locals and tourists alike.

Michael Lippert, son-in-law of owners Chris and Debbie, has created a documentary film about the creation of the Reeves' new chapter as a live music venue and the folk process that so many local musicians participate in.  Please enjoy the teaser for the film here.

Jams at the Earle Theatre

Held the first full weekend in June each year, the Mount Airy Fiddlers’ Convention is attended by thousands of bluegrass…

Old-time Dance at the Earle Theatre

Put on your dancing shoes for a night of old-time dance tunes by The Slate Mountain Ramblers. Held the first…

The Blackmon Amphitheatre is a state-of-the-art outdoor theater located in downtown Mount Airy that features a summer-long music series, events…