SURRY COUNTY, N.C. – For the eighth straight winter, wine passports allow folks to sample their way through the Yadkin Valley at Surry County wineries. And for the first time, local craft breweries are included in the mix. The newly renamed Winter Wine and Beer Passport is on sale now. It provides tastings at eight wineries and two craft breweries between Nov. 24, 2017, and March 18, 2018. “There are so many couples where one drinks wine but the other drinks beer, so it’s nice to have something they can enjoy as a couple,” says organizer Pat Colwell of Carolina Heritage Vineyards in Elkin. In addition to wine and beer tastings, passport holders receive a keepsake cork magnet at each location featuring the logo of that particular winery or brewery. The tastings also come with complimentary food pairings on three designated Saturdays – Jan. 6, Feb. 3 and March 3. Another perk of the passport is special discounts at local merchants, restaurants and hotels. “People love the passport. Many come back year after year, and they give it as a gift to family and friends,” Colwell says. “It’s really just the idea of having something fun that people can do at their leisure for one weekend in winter or spread it across several winter weekends.” This year’s participating wineries are: Adagio Vineyards, Carolina Heritage, Elkin Creek, Grassy Creek, Roaring River, Round Peak, Slightly Askew and Stony Knoll. The breweries are Angry Troll and Skull Camp. “The fun part is we have such a diverse set of wineries in Surry County,” Colwell says. “People ask about our signature offering, and I say our signature offering is our variety, not just one type of wine. You name it, and we probably have it here.” People should consider buying passports early for two reasons. Early bird pricing makes the good deal even better, and all passports sold out last year and will likely do so again. Through Nov. 23, individual passports are $54, while couples’ passports are $89. Starting Nov. 24, those prices increase to $64 and $99. Estimated value of each passport is $225. For information on the Winter Wine and Beer Passport, or to purchase online, go to: www.YadkinValleyNC.com. Details are also available by calling 336-366-3301. 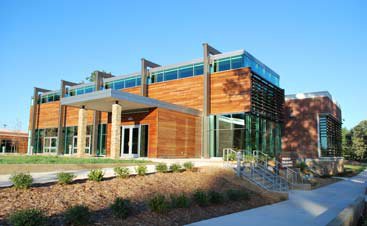 Dobson, NC – Internationally renowned experts in Viticulture and Enology will be featured during the Third Annual South…

Herrera Vineyards Opens in the Heart of the Yadkin Valley

DOBSON, N.C. – The Yadkin Valley’s newest winery is also one of its nicest. Herrera Vineyards opened May 28 amidst roll…