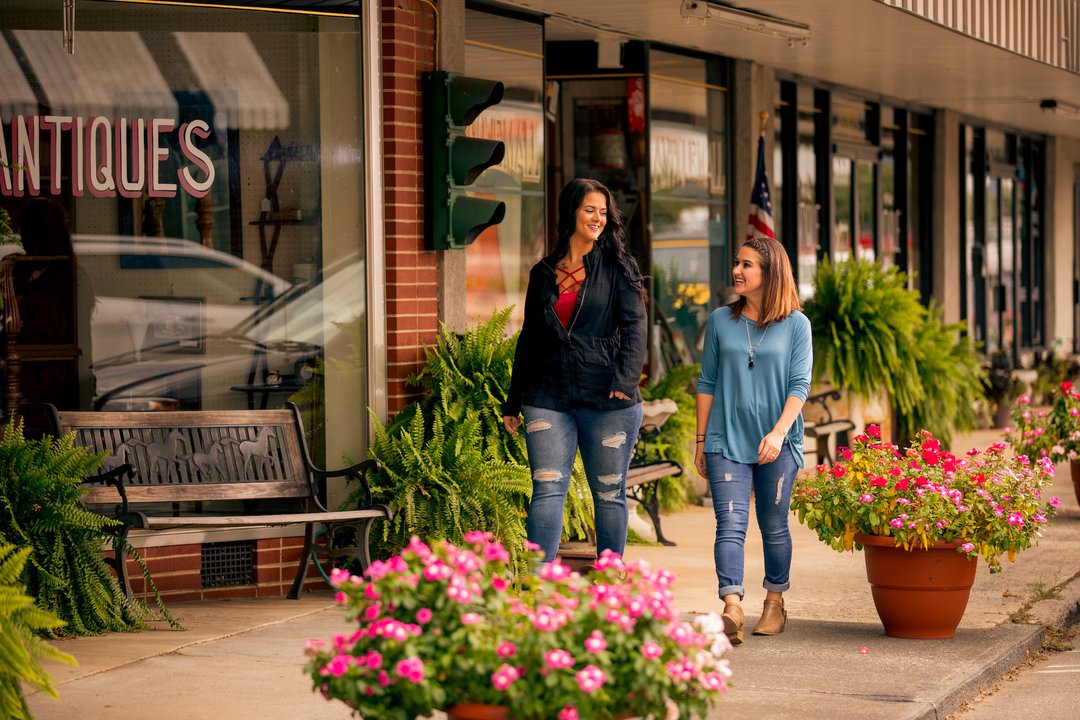 Pilot Mountain was the inspiration for the fictional town of Mount Pilot in “The Andy Griffith Show,” a nearby larger town near Mayberry. Nearby the actual town is Pilot Mount State Park which is known for its Big Pinnacle peak seen for several miles. Downtown Pilot Mountain is home to several antique, gift, and retail stores along with several restaurants. During the first Saturday from May until October, cruise-ins are a mainstay featuring live beach music and food.