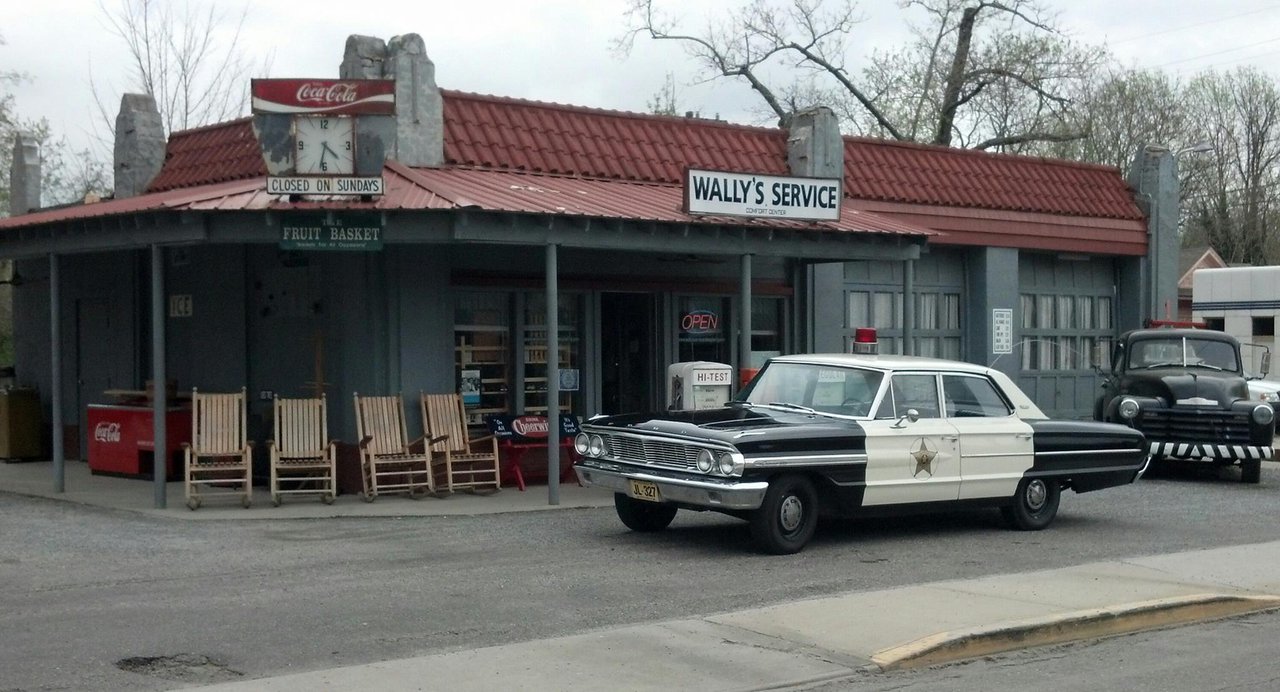 Wally’s Service Station is an original service station built in 1937 and operated as a Gulf Station and then later operated as a Standard Oil Station or Esso.

The Fruit Basket now operates inside of Wally's Service Station and they offer a wide variety of souvenirs and collectibles. Mayberry Squad Car Tours also leave from the station and return to the same location.

On-site is the Mayberry Courthouse and Otis' Jail Cell and other replicas of the set of the show. Also on-site is The Mayberry Hotel replica/gift shop. The service station is open year-round, with hours that depend on the season.