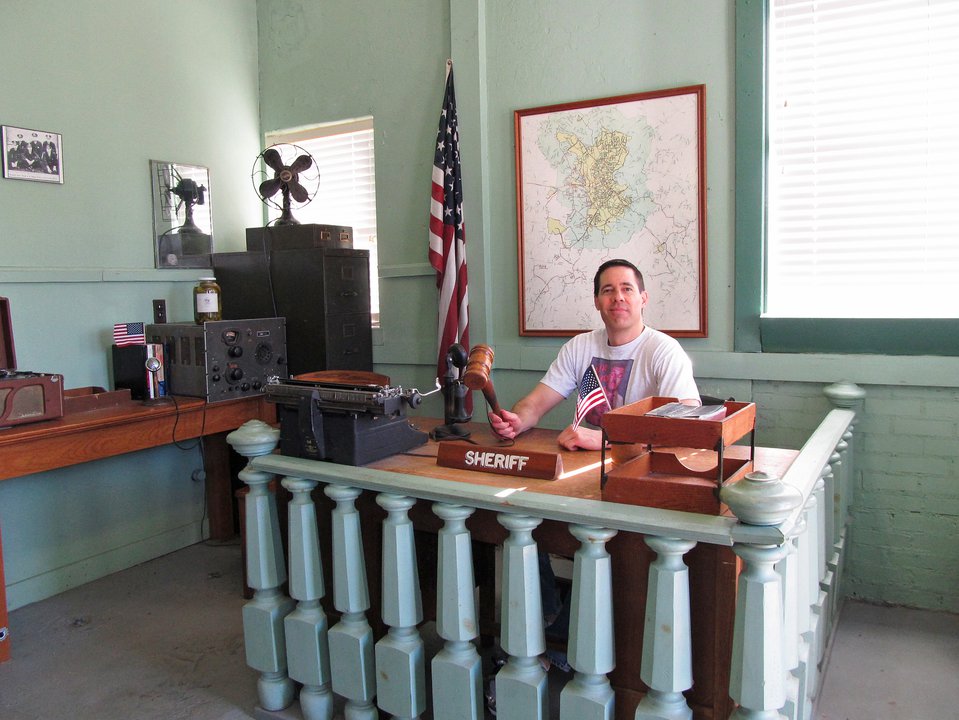 There are many tips of the hat to the fictional town of Mayberry. The Mayberry Courthouse is a replica of the courthouse that appeared in “The Andy Griffith Show” during the 1960s. Situated adjacent to Wally’s Service Station, visitors can sit behind Andy’s desk, type on the vintage typewriter, and even sit in the recreated jail cells that appeared in the show. This is a great picture-taking spot.